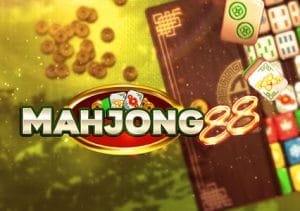 Play’n Go have made announcements for another first by releasing their first 8x8 grid slot Mahjong 88! The slot game is based on an extremely well-known and popular 19th century tile game, Mahjong. Mahjong 88 has the perfect amalgamation of classic pastime and modern entertainment in the field of slot gaming.

The slot machine has innumerable interesting features as well as designs for contributing to the immersive element of the slot game. One such feature is the authentic grid. There is massive attention to detail in all the slot games by Play’n Go. The cultural representations in the details have become a kind of hallmark with games like Legacy of Egypt, Viking Runecraft and most recently, the 3D slot Contact. All these games focus greatly on the look and appearance of the slot game.

The company has also demonstrated that this unique grid design has been made specifically for this game. Instead of spinning the reel, the symbols appear on the Mahjong tiles. When some tiles go away from the “board”, from underneath new tiles start appearing.

Some of the prominent features include Seasonal Wilds, which are integrally linked to a player’s run. Players will have to play and gradually progress through four seasons. Each Wild will have a different task depending on the season they are going through. There is a special Season Bonus when seasonal changes occur.

This slot game is favored by casual as well as seasoned slot players. There are long-term as well as short term rewards for players, which indicates that slot audience will be really large.

Johan Törnqvist, CEO of the company opined very positively about the game. He said that they are very proud that they have created Mahjong 88. It is not only the first 8x8 grid slot, but the design has been curated for adding rich authenticity to the Mahjong based theme.