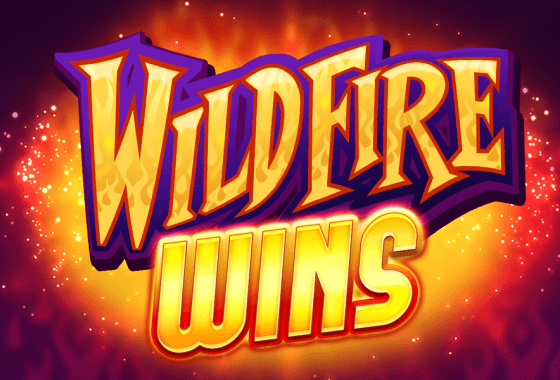 You won’t find a free spins bonus round here, but there are lucrative respins and rewarding bonus wheels.

Sometimes, fiery versions of the low-value symbols would appear on the reels and if at least one of them was involved in a winning combo, a respin was awarded and the triggering fiery symbols were converted into sticky wilds for the duration of the spin. Any new fiery symbols that appeared during the respin would also become sticky and trigger the feature again.

The bonus feature only ended when a special symbol formed part of a win and when all low paying special fiery symbols were activated, a bonus respin was added along with a multiplier of 2x, 3x, 5x, or 10x.

When 3 bonus symbols appeared anywhere on the reels, three bonus wheels appeared on the screen. Each wheel had 8 segments featuring cash prizes or collects. The first 2 wheels also feature a level-up segment. If a spin of th3e wheel revealed a cash prize, the amount would be awarded and the wheel would spin again. Landing on the collect segment ended the bonus round, but getting the level-up segment moved me on to the next wheel.

The first wheel held prizes up to 15x the bet, the second’s maximum was 100x the bet, and the third was the most rewarding with a top prize of 10 000x the bet.

Wildfire Wins slot is a more than competent effort that will please niche players, but there isn’t much original about it. When I played this title I had the feeling that I’d been here before. Fruit machine-style slots with a fire motif are common, although this one is a first from Just For The Win. While its looks are nothing special, the special features do stand out.

The Wildfire respins can help you rack up a nice winning balance as the feature can repeat itself as more burning symbols make an appearance, and the multiplier enhancement helps too. The most entertaining and rewarding part of the game is the Wildfire Wheels feature, although, landing on the level-up segment is easier than it sounds. If you are lucky enough, you’ll claim the game’s top prize of $250 000. This is a great game for lovers of fruit-machine simulators with pumped-up features, but many players might skip this for something a little more modern and distinctive.