Start playing and claim my C$1,200 in starter bonuses 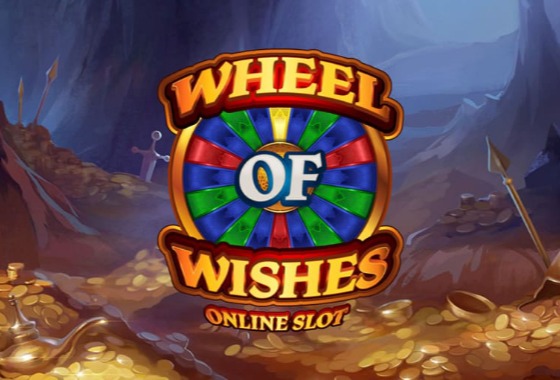 The features in this game all revolve around the progressive jackpots, and with such a large potential prize in play, I was more than okay with that.

When I landed, 3, 4, or 5 scatters, the middle 3 reels merged to accommodate giant 3x3 symbols and when a bonus wheel symbol landed in this mega-reel, it triggered the appearance of a large jackpot wheel with colourful segments. The wheel spun to give me one of four guaranteed progressive prizes.

I discovered that the other way to take a shot at these amazing rewards was to hit the bright red Power Mode button that made all my spins Power Spins, and simultaneously increased my chances of landing a bonus wheel symbol, but came at the cost of a 10x increase in my bet.

Wheel of Wishes slot is all about the progressive prize and got me straight into the action. This game officially introduced Microgaming’s progressive WowPot! jackpot network to the world in spectacular style and is still a popular choice for big win hunters across the globe.

The gameplay funnelled all my efforts into triggering the jackpot wheel and I appreciated the blinkered approach, because, with a potential $2 million and more on the line, smaller features may have been a distraction. The Power Mode feature is handy but I found that it drained my balance quite quickly at higher bet levels, so whether it is a worthwhile trade-off to try and activate the bonus feature depends entirely on your sense of risk management. The game’s constrained focus on the big prize may not appeal to players who like their action spread across several features, but I’d venture that most will enjoy the pointed thrills.