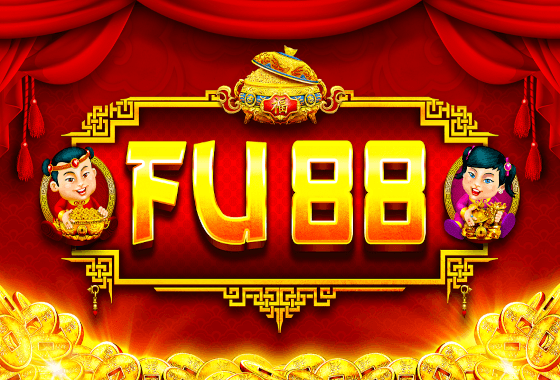 If you are playing with all 4 tickets enabled, when Extra Coins appear, they may have Fu balls in them which are collected in the golden Fu Chest. Once the chest is filled with coins, a pick-me game will be triggered where you are presented with a grid of 15 gold coins that conceal colour-coded Fu Babies who correspond to matching jackpots. You will need to reveal three identical Fu Babies to claim the matching jackpot. The Mini, Minor, Major, and Grand jackpots pay 50x, 250x, 2500x, and 10 000x your stake.

If you complete the Bonus 1 pattern on a board, you will activate a 5-level pick-me game.

Each level holds golden statues with each statue concealing a coin that displays a random prize or a ‘collect’ message. If you choose a statue with a coin value, you will ascend to the next level, but if you choose a ‘collect’ statue, the round will end. You can claim up to 1695x your bet per ticket and a 1400x fixed prize from the bonus.

Fu 88 faithfully treads an established path but still produces alluring winning opportunities. This bingo/slots fusion is an enhanced version of Pachinko by the same developer, boasting a bolder Asian aesthetic, an added bonus feature, and double the potential. The Fu Jackpots feature adds a welcome element to the gameplay that simply requires you to bide your time and wait for the Fu Chest to fill with Fu Balls and give you your chance at the $400 000 top prize. The gameplay is inherently compelling as you chase after winning patterns with extra balls. While this title retained a lot from its predecessor, the enhancements make it significantly more enjoyable.