Starburst is one of the most popular slots in Canada and across the globe and loyal fans are in for a treat as the title has been revived with a new look. This new development is the result of a deal signed between NetEnt and iGaming content developer, Gaming Realms.

The partnership enabled NetEnt to grant Gaming Realms licensing rights to Starburst and the game will feature Gaming Realms’ innovative Slingo mechanic. Players can expect to get their hands on the new title at some point this year.

The CFO at Gaming Realms, Mark Segal, expressed how thrilled his team is to have secured the licensing rights to NetEnt brands and said that the developer’s games have been a dominating force in the gaming industry for years.

“The combination of Slingo and Starburst will create a new game of significant global stature bringing together the best features of both, making this collaboration very exciting for fans,” he said.

“Gaming Realms has an extraordinary reach among Slingo fans, especially in the US,” he said. “We are certain that great games will come out from combining Gaming Realms’ expertise, the Slingo grid mechanic and our renowned IP,” he said.

Since its 2012 launch, Starburst has claimed and maintained its place as an iconic industry favourite. The slot has friendly medium volatility and is ideal for any level of player thanks to its simple betting options and fixed 2500 coin jackpot.

Starburst has weathered the years well, competing with new generations of games that feature flashy graphics and unique innovations. It is a testament to the strength of the game’s appeal that it is still sought out by players across the globe to this day.

Starburst’s key features include the Starburst Wild which is an expanding wild that covers the three middle reels and stays locked in place for up to 3 spins and the pays-both-ways innovation. The slot’s visual appeal is rooted in its bright, vivid gem symbols that gleam with cosmic light as you play. 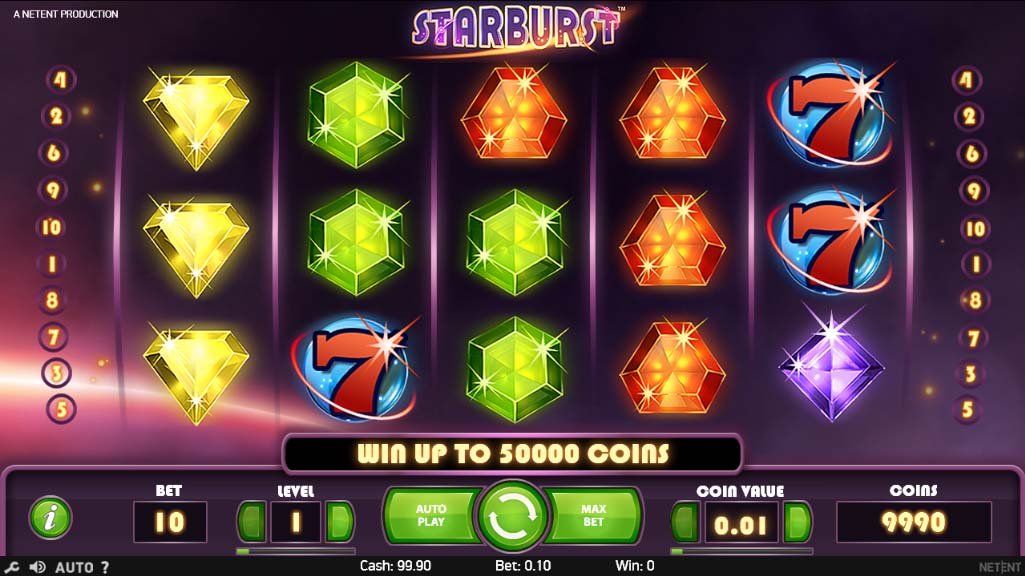