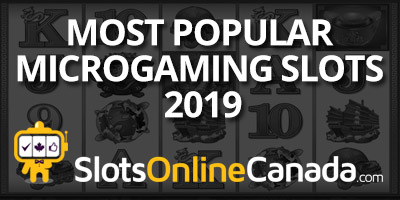 Microgaming are a pioneering name in online gambling since the 1990’s, and currently the largest provider of gaming software in the world and the most popular online slots in Canada. They have maintained their well-earned prominence by consistently producing immersive and engaging titles which offer both visual appeal and engaging gameplay.

Players look forward to their new title releases with anticipation and old favourites retain their popularity year after year.

Let’s take a look at the top-rated slot machine titles for 2019.