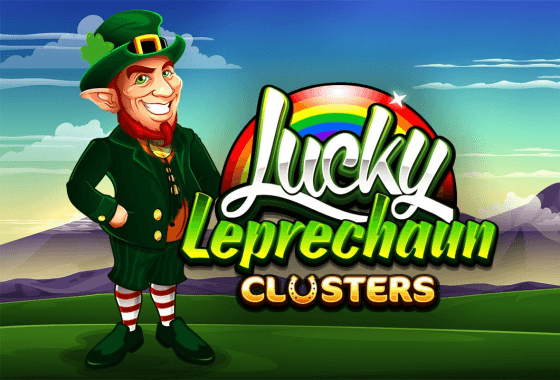 Symbol collection is the key to unlocking this title’s powerful modifiers and lucrative Trail of Fortune.

This feature randomly kicked in on some of my non-winning spins, selecting a low-value symbol and cloning all instances of it before placing the cloned symbols in adjacent positions. This felt like a rescue as I was then guaranteed a winning combo.

On each spin, a random symbol was selected and a clover icon was attached to all instances of it. When clover-marked symbols were involved in a winning combo, a clover wild was generated.

As I played and landed winning clusters, the symbols were gathered in a horseshoe-shaped meter to the left of the reels. The collected symbols would trigger 4 special modifiers at certain stages.

Collecting 21 symbols triggered the Pots ‘o gold modifier added wild symbols in random positions, while the symbols surrounding the wilds were removed in a rainbow pattern, allowing new ones to appear. The Rainbow Road modifier activated when I collected 42 symbols and it removed symbols from a random row and column while adding wilds to the reels. Collecting 63 symbols activated the Lucky Coin modifier which added random wilds to the reels and The Shamrock Shake modifier was triggered after 84 symbols and removed 4 symbols types from the reels, allowing new ones to appear and potentially awarding 2x and 3x multipliers.

When I managed to gather 125 symbols on a single spin, the game grid vanished and was replaced by a board game-style screen with a winding green path divided into segments. I spun a wheel on the bottom-right of the screen to advance on the trail that contained increasing bet multipliers, with the final space holding a pot of gold worth 15000x.

Lucky Leprechaun Clusters slot boasts impressive features, but, like the theme, they don’t offer anything new. I’m always eager to experience Microgaming’s upgrades of its previous title and in this case, the features received a significant overhaul, while the graphics and animation only received a small amount of polish.

The base game delivered constant winning chances thanks to the Clovers and Lucky Charm features and getting that magical 125 symbols collected in a single spin put me through a gauntlet of lucrative modifiers and placed me on the path to the game’s top potential of $230 000 with the Trail ‘o Fortune. Whether you love this game may come down to your appreciation of the classics as there aren’t any ground-breaking gameplay moments to be had here, although the experience can be highly enjoyable, nevertheless.