Greentube’s popular 2017 title, Apollo God of the Sun, has received an upgrade for its re-release. The new version of the slot integrates a 10 Win Ways mechanic and the chance to instantly jump into the bonus round, depending on your jurisdiction. The enhanced Ancient Greece-themed title is presented on two sets of reels and Apollo returns with even more power.

When you land a winning combination, the Avalanche mechanic causes the symbols involved to explode, allowing more symbols to fall from above. The game also features variable paylines with symbols of different sizes appearing on each spin and generating up to 251 957 paylines.

You launch the bonus game by landing at least 3 scatter symbols which will award you a minimum of 8 free spins where each winning avalanche advances a win multiplier by +1.

The game's wild symbols do more than just substitute for regular symbols, They can appear as single, double or triple stacks and when a wild appears on the first set of reels, it will transfer over to the same position on the second reel set.

If waiting for scatters to land tests your patience, you can always use the Buy Bonus feature to enter the free spins round in exchange for 100x your stake.

Markus Antl, the Head of Sales and Key Account Management for Greentube spoke about the upgraded title in a press release, stating that it “combined a very successful game theme with even more successful and rewarding game mechanics.”

Antl praised the combination of the 10 Win Ways mechanic and the Buy Bonus feature and said that Apollo God of the Sun 10 Win Ways delivers “thrilling slot entertainment” and that the company is thrilled to introduce this addition to its flourishing catalogue. 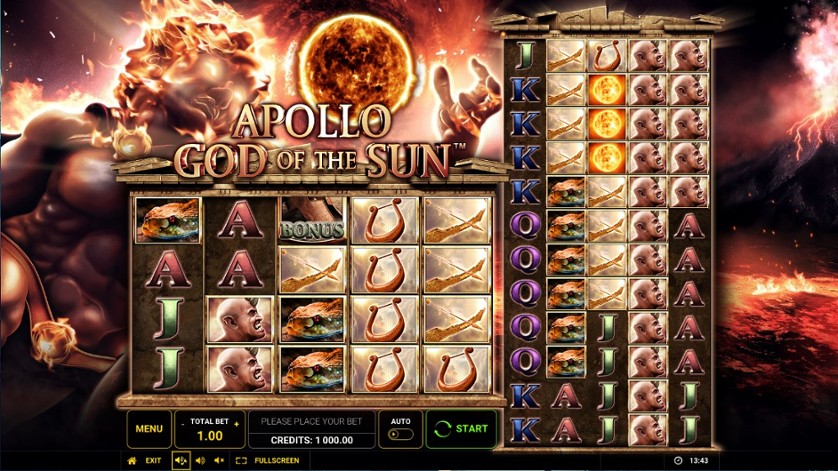