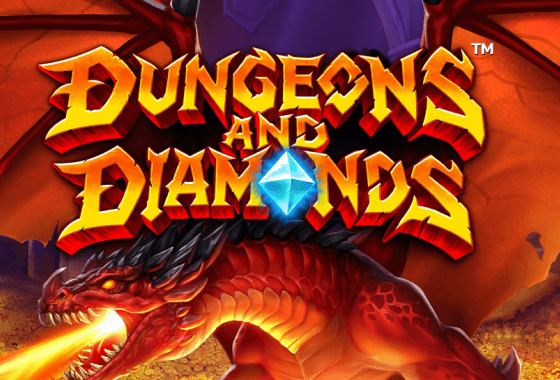 This game boasts an intricate arrangement of features, with free spins and respins boosted by special collect symbols and multipliers.

When the gem symbols land on the first four reels, they will display values of 1x to 25x your bet. If a collect symbol appears on reel 5 on the same spin, it will award you the combined value of all the gems in view. If a multiplier collect symbol lands, the gem value will be multiplied by the value it holds. When a respin collect symbol appears on the last reel, 5 gems will be locked in place while the rest of the reel positions respin, and you will be awarded the total value of the gems that land.

If a jackpot symbol appears on reels 1 to 4 at the same time as one of the collect symbols on reel 5, the Wicked Wizard Jackpot game will activate. The reels are replaced with a 5x4 grid of closed gem pouched, and you click on them until you reveal 3 matching jackpot icons that will award you a corresponding prize. The Mini, Minor, Major, or Grand jackpots pay 50x, 100x, 500x, or 5000x your bet, respectively.

If you land 3 dragon-eye scatters, you will receive 8 free spins. The game will add extra jackpot, gem, and collect symbols to the reels, and you can retrigger it by landing more scatters.

Dungeons and Diamonds slot presents a feast for the senses with some thrilling winning chances. The game’s theme is brilliantly executed with detailed graphics and animations that immerse you in its fantasy world. I thought it was a great idea to integrate the various characters into the different bonus symbols and features.

The features aren’t as mind-blowing as the visuals because we’ve seen much of the same from PearFiction before, but they do a good job of generating huge winning opportunities. The trio of different collect symbols was a great touch, and they will be instrumental if you hope to claim the game’s top prize of $281 300. This is an engaging and enjoyable slot that many players will enjoy, but let’s hope the developer expands their horizons in the future.