NewsBTG’s Who Wants To Be A Millionaire Megapays Title Pays Out $1.2 Million

Who Wants to Be a Millionaire Megapays is a hugely popular title by Big Time Gaming (BTG) because, as its name indicates, it has 7-figure prizes to give. The latest lucky winner accessed the slot via Relax Gaming and claimed a huge $1.2 million prize from a minimal $0.80 wager.

BTG’s CEO, Nick Robinson lauded the top-performing Who Wants to Be a Millionaire Megapays title and its history of fulfilling the promise of its name.

“It was only a matter of time before Who Wants to Be a Millionaire Megapays created a real millionaire and it was a nice touch that it came bang on the anniversary of the game’s release. This game has got so many plaudits and won so many fans over the past 12 months, and we’re delighted that the life of one of those fans has been changed forever,” he said.

The lucky player played their way to fortune at Betfair Casino, which features a wide selection of titles from the Powered by Relax platform. This is the first seven-figure prize paid out by the game in over a year.

The prize-to wager ratio of this particular win is phenomenal and was generated by the lucrative Megapays mechanic. The mechanic offers four different jackpot pools, namely, Mini, Midi, Major, and Mega.

The jackpot prizes do not remain static but increase constantly, fuelled by player bets that add t to the total pool. Besides a chance at these prizes, the game integrates free spins alongside other bonus features.

Relax Gaming’s CPO, Simon Hammon was pleased with the news of this latest win, saying that the company is dedicated to staying on the cutting edge of iGaming to deliver effective solutions for both players and the industry at large.

“We hope the recent Who Wants to be a Millionaire Megapays winner enjoys this life-changing sum of money to the fullest and that others continue to appreciate the added excitement this jackpot brings,” he added. 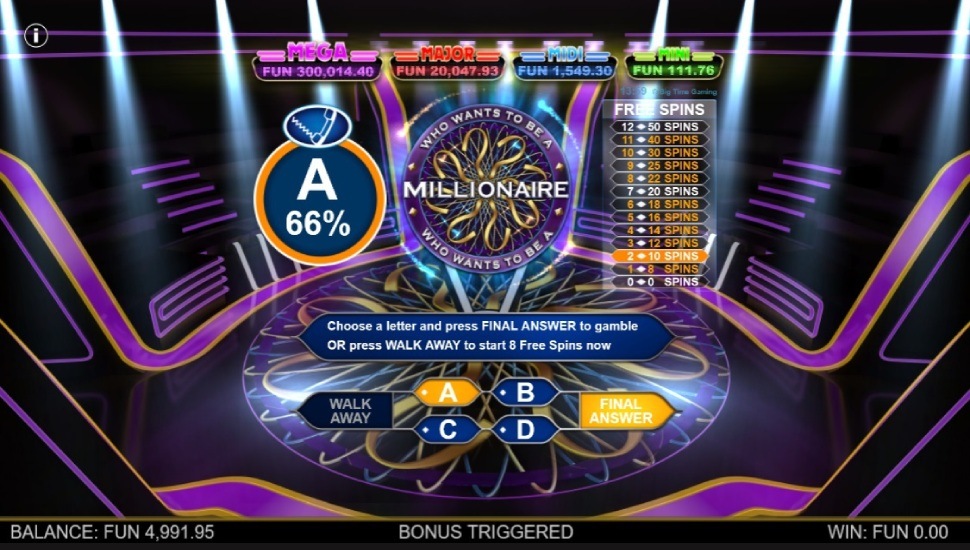